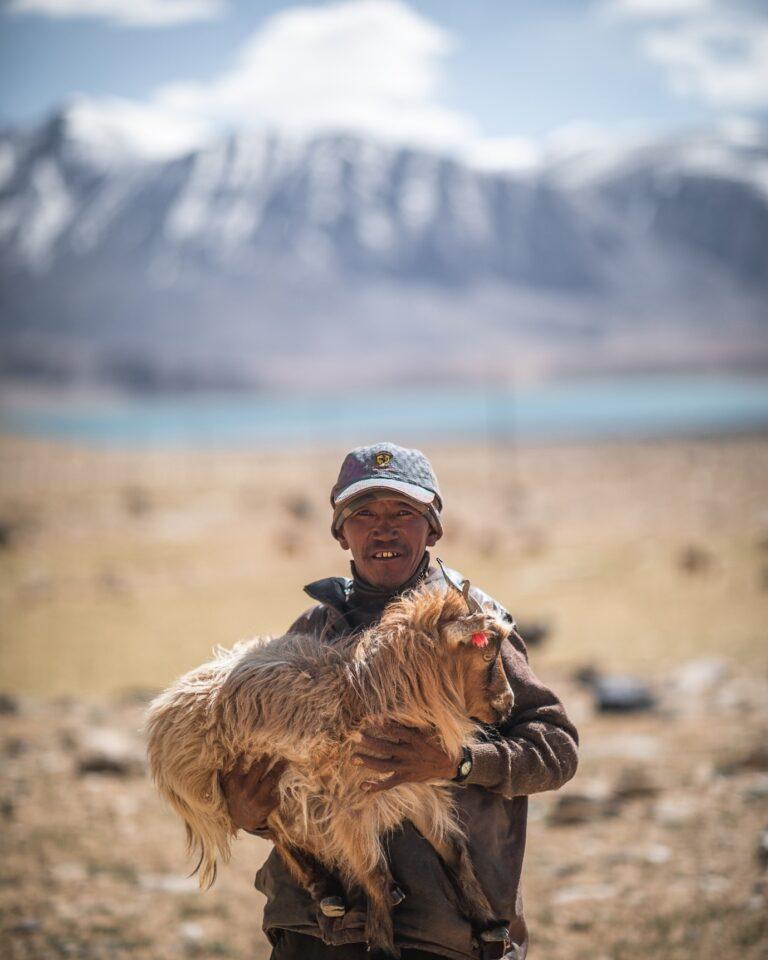 The changpa nomads of ladakh

The Changthang sits in a high-altitude region of the Tibetan Plateau in the western and northern Tibet, extending into the southeastern region of Ladakh in India.

Here, a hardy-nomad people called the Changpa roam the vast wilderness with their large herds of Pashmina goats, sheep, yaks, and horses. They walk the same path as their ancestors did, stopping to let their herds graze on the grass depending on the season.

Though Nomadic life is often romanticized in social media with representations of wanderlust, freedom, and carefully curated photographs, in reality, these nomads live a really harsh life, often wrought with dangers of the wilderness lands.

Predators such as the famed snow leopard and the Tibetan wolf prey on the flock as they graze.

To deter this thread, shepherds employ the help of Tibetan Mastiffs whose neck collars are often spiked outwards to prevent predators from biting the neck.

With the produce they get- milk, cheese, meat, and the prized Pashmina, selling them is the only means of livelihood, though this is in danger of being disrupted.

The Chinese army’s occupation of Tibet has cut off large parts of their summer pastures. Also, with the ever threat of global warming, the snows from the surrounding mountains are starting to melt earlier and faster. The snow is vital to growing grass in spring, without which they won’t have enough food for their cattle.

In today’s rapidly advancing world, what does the future hold for them? Are their nomadic lives at risk of extinction? I hope to return someday to find out.

stories
Back to Top
Close Zoom
Right clicking is disabled.